Kat Caton has been performing professionally since 1983 throughout New South Wales, Victoria and more recently South Australia. She started as a bass player in rock bands in NSW and then had a gradual transition to singing.

During her career she has played support gigs for many touring bands and has sung in a variety of musical ensembles from solo, duo, trio, four piece, five piece six piece bands etc through to a 55 piece band. Katrina has performed in many South Australian bands including “Miss Behaving” , ” Flaming Sambuccas”, “Free Spirits”, “Parental Guidance Recommended”, “Jazzcab”, “Let it Roll”, “2 Chic”, “Action Girls” “KataTonic” and “Sonic Divas”

Kat performs three to four times weekly around Adelaide, South Australia. She performs solo and with various other musicians. Kat is also a member of the Navy Reserve as lead vocalist in the band (a role which she has held since 1996). The majority of her gigs, however, are as a solo artist playing acoustic guitar and singing. Kat also to plays electric guitar accompanied by sequenced backing and usually incorporates this format for private and corporate functions For a fuller band sound.

Kat owns and operates a state of the art professional digital sound system that can cover most venues & audience sizes. Kat is endorsed by the Australian agency for Audix Microphones. Lighting can also be provided as part of a performance. 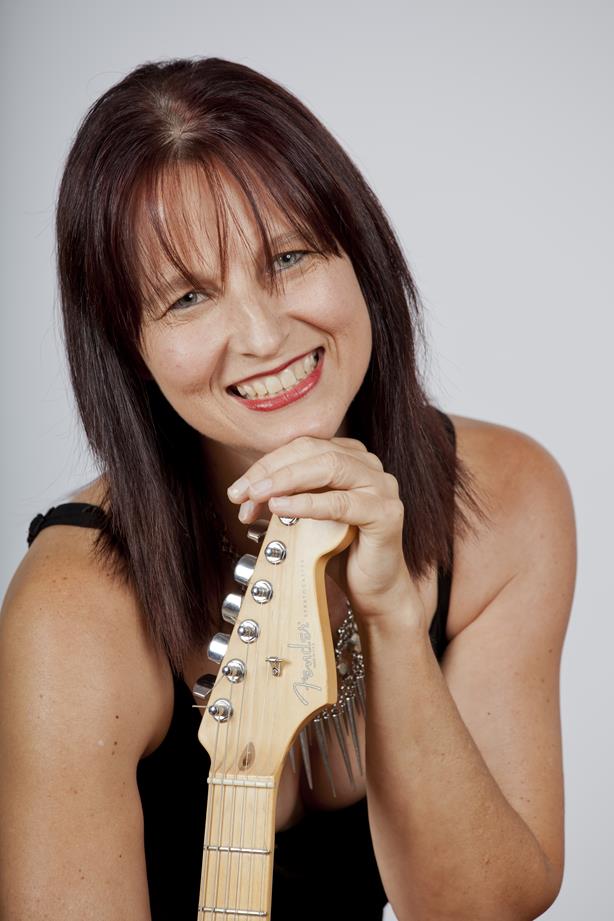 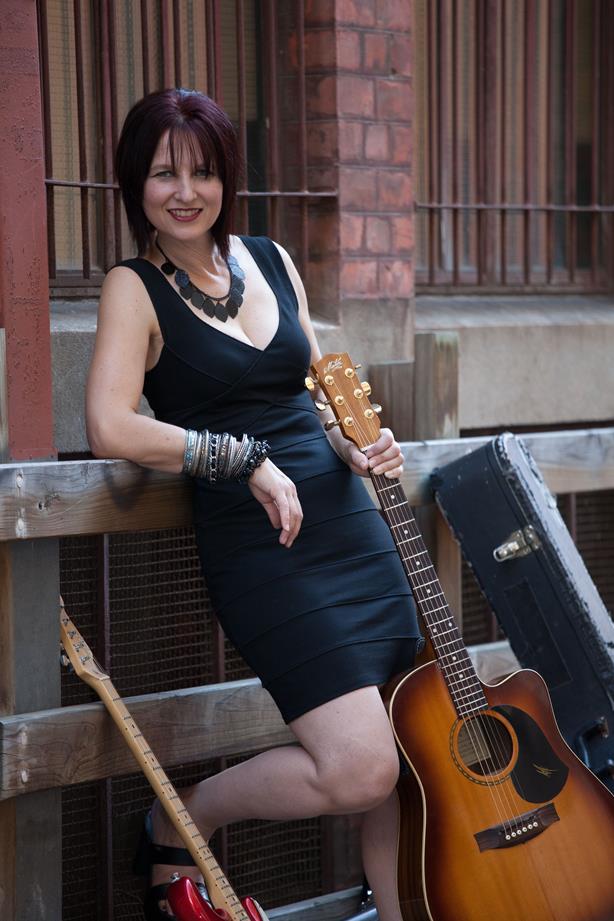 Kat has an unbelievable enthusiasm for performing & genuinely has a good time on stage. She instantly builds a rapport with any audience through her easy going relaxed, humorous, professional manner. Anyone watching her play is quick to recognize the enjoyment she receives from singing. This enjoyment is infectious!

During 1999 Kat received a grant from Arts SA which enabled her to release her first solo CD of original music entitled “Cross That Line”. In 2000, “Short Term Love” (from the CD) received national airplay on the Austereo network as a finalist in the “Unsigned Artist Competition” as voted by the listening audience. In Sept 2002 Kat performed “Every night” (also from the CD) live to air on ABC Classic Fm to a listening audience of over 360,000 from the Newcastle Conservatorium backed by the 55 piece Naval Band of Australia.